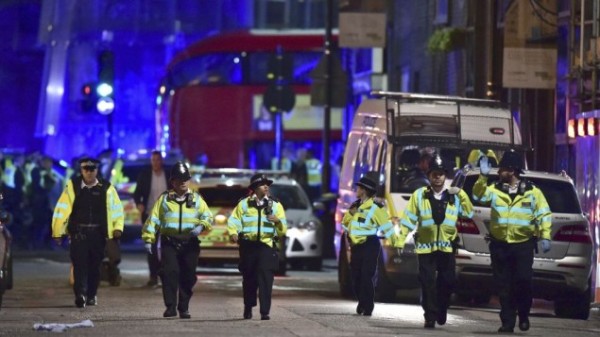 I’m supposed to be promoting books and stuff but frankly I’m just too hacked off. You see, a lad I went to school with was killed as collateral damage in one of the IRA bombs. So I know what his family went through. So when political pygmies cavort on the corpses of the freshly dead, waving a blood soaked shroud to attract attention I’m beyond nauseated, I’m downright angry.

And now the dead are being dragged into it. Somebody has to be blamed and who better than your political opponents?
How stupid do these people think we are?
Yes we know who cut police numbers.

And yes, we know who hobnobbed with murdering thugs, and who wants to drag the police into years of public inquiries as they refight the battle of Orgreave. Just as we know who has attacked various measures taken to try and keep track of terrorists and intercept their messages. We also know who says that joining ISIS is no crime.

And before the police come over all sanctimonious, they didn’t seem to suffer from a shortage of manpower when it came to mounting televised raids on the homes of aging rock stars (Cliff Richard anybody?). Similarly they managed to find plenty of money and man-hours to pour into the investigations of the ‘credible and true’ fantasist ‘Nick’. Mind you more than one senior politician put pressure on them over that one because it looked as if it might embarrass his political opponents.

So, to put it bluntly, just bluidy grow up!

Shut up and try and maintain a dignified silence and after a couple of days then come out and start talking as if you were sensible adults capable of proper grown-up conversations. Because to put it bluntly, we’re not so short of posturing self-absorbed idiots that we need to offer 80K a year, plus expenses, to attract more.