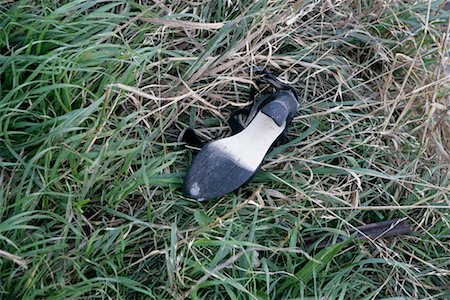 Not something I’ve ever tried to be honest. I’m tall enough as it is and my legs, decently clad in working trousers, are too utilitarian to warrant being exhibited to a dumbfounded world.

And at the moment it’s not the weather for high heels. As I sit on the quad in the rain, watching the sheep fish about for the nuts I’ve put down for them, I can hear Sal splashing towards me. When a small Border Collie bitch splashes when walking across what is supposed to be dry ground, you know it’s wet enough.

This morning the rain was coming across in great curtains. I had to slow down when driving into it because it was painful on my face if I went at any speed. Not only that but I think even Sal is losing it. She came up to jump a netting fence, totally mistimed everything jumping into the rain (or she may have slipped as she jumped) and ended up piling into the fence rather than sailing over it. She glanced at me in an embarrassed fashion to check that I hadn’t seen it and then quietly jumped over it properly.

But I was on about high heels wasn’t I. It’ll be about forty years ago now. It would be winter and after midnight when we were awakened by a hammering on the front door. We never use the front door to be honest, but sometimes people knock on it. Just rarely at midnight.

So my parents (whose room was above it) shouted out of the window to ask what was the problem, and I got dressed and went down to open the door. There was a barefoot young lady standing there. When my mother arrived we got her full story. Just down the lane from us was a lay-by where courting couples used to park up. She had been at a dance in Ulverston and had accepted a lift back to Barrow from somebody who had been ‘more affectionate than she had intended.’

So when he stopped at the lay-by she’d seen the lights of our cubicle house. In winter when cows are housed we leave some lights on. It’s easier for cows to get up for a drink or something to eat; and if they can see, they’re less easily startled by anything. So they’re happier.
This lass had seen the lights, opened the passenger door and had run for it. In the course of which she’d abandoned her high heels. By the time she’d worked out the lights came from outbuildings, she could see where the front door was so had hammered on that.

She was seriously nervous, so I went out to both make sure there was nobody still parked in the lay-by and to find her shoes. Whoever she’d had the lift with was gone, and I even found both her shoes. When I wandered back in she was on the phone for a taxi.

Strangely enough she’d decided that she’d get a taxi home rather than phoning for her Dad to collect her. I think she felt the taxi driver would need fewer embarrassing explanations.

You might want to read about a lady who didn’t have this sort of problem?
Her memoirs are now in paperback and ebook

As a reviewer commented, “Maljie is indeed a Lady Par Excellence. From mountain climber to pirate, currency inventor to financial genius, balloonist to Temple Warden, and more – much, much, more…

The female reader will want her as a best friend, the male reader would be wise to exercise extreme caution if he knows another lady like her.”

26 thoughts on “Running in high heels”