The saga of Auldwick with Cowperthwaite village hall. Part four, The public meeting! 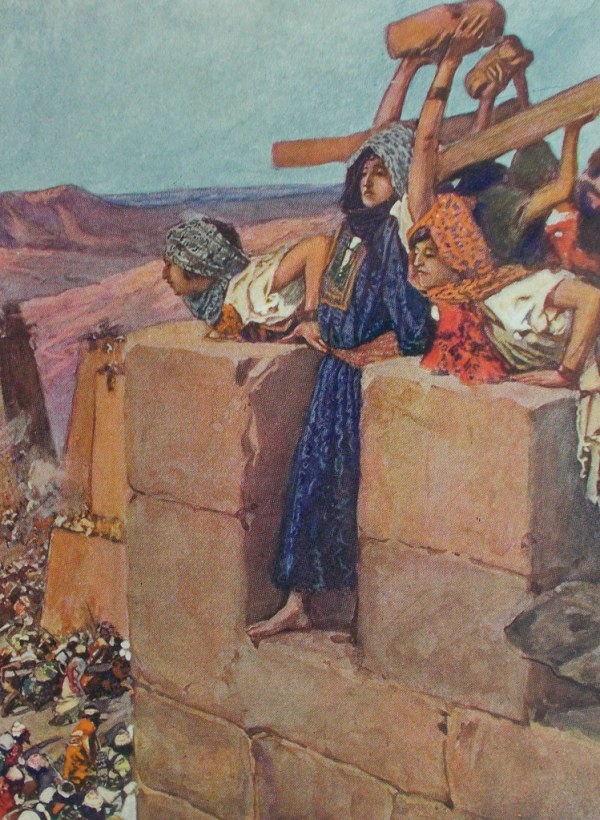 Of course it had to be a wet night. I assumed that would mean we had fewer people. But obviously I had underestimated my fellow citizens. Driven by a sense of public duty, (or lured by carrot cake, but in all candour I was in no position to be judgemental) our meeting was attended by perhaps a score of people, as well as the Hall committee. We had set the hall up carefully, giving due consideration to health and safety. I had decided against having the committee sit together on the top table facing the assembled villagers. That sort of thing can easily lead to confrontation, with a defensive committee circling the wagons and defying all-comers from the safety of their redoubt. I would sit alone with somebody to take notes of the meeting. Everybody else would sit in chairs placed around the wall. I’d fenced the middle section of the floor off using four chairs and plenty of baler twine. So long as nobody forgot themselves and entered the cordoned off area I was reasonably confident the floor would hold.

I must admit I’d been worried that the electricity wouldn’t work, but when I threw the light switch I got that comforting tingle which tells you that the system is live. The ceiling heaters I left switched off, they kept tripping the system out. I managed to plug three fan heaters into the one wall socket that still worked and they succeeded in taking the chill off the room.

People filed in and took their seats, drank coffee or tea served out of flasks and ate their piece of carrot cake. I sat at the other side of the room, ensconced behind the table. It felt like nothing so much as a job interview where I was about to be interviewed by a large and belligerent panel, who didn’t want to come too close lest they caught something unpleasant from me. Still I opened the meeting by welcoming them, explained the problems and talked about possible solutions. I also pointed out that if we were to have a new hall, we had to decide what we wanted to do with it. With that I smiled sweetly and explained that I was hoping they all had ideas about what they needed the hall for. Whilst they muttered together I took the opportunity to ask Jenny our vicar to come forward and note down the suggestions.

Archie Wilson started by asking whether we needed a new hall at all. In his words, “This one seems to be perfectly watertight thanks to the sterling work done by Young Geordie.”

Geordie had barely had chance to bask in the gratitude of his peers when there was a bang and three of the lights went out. Water was running down the cable of one of them and was dripping off the bulb onto the floor.
Even Archie seemed somewhat put out at this, especially when some wag at the back commented it would probably be cheaper to build a new hall than to constantly replace the lightbulbs in this one.
So I asked for suggestions as to what we could use a new hall for.

Some other wit suggested that we keep this one and use it as a morgue.

But after the chuckles had died down we got more reasonable suggestions.

“We want somewhere for coffee mornings, so it’ll need a good kitchen.”

“We want somewhere for a toddler group, so it’ll need somewhere convenient or storing toys.”
“It will need some small rooms so we can have the practice nurse or chiropodist visit.”
“We could do somewhere for a pop-up shop a couple of times a week.”
“And a post office could call.”
“And what about a pop-up pub. A mate of mine is part of a group that runs one. They take over the village hall one Saturday night every other month. It makes a mint and makes a big contribution to the running costs.”

Poppy Atkinson said firmly, “And it has to be carbon neutral.”

Another wit commented, “Well it will struggle to have a smaller carbon footprint than this place.”

As the rain drummed audibly on the improvised silage sheet roof, Poppy added severely, “And no single-use plastics.”

“But it wasn’t single use.” Geordie was obvious hurt by the inference. “It had done three seasons as a silage sheet before we used it here.”

I had been growing more and more aware of the smell of melting insulation, so I used the sudden enthusiasm for green issues to switch the fan heaters off. The adapter was hot to the touch and I suspected that the three plugs had welded themselves into it.

Geordie decided to change the subject. “And what about a room we can hire to play 40K in? Somewhere we can leave the table set up overnight.”

A lot of people looked blank, including me. The vicar said, “It’s a sort of science fiction wargame. When I was at theological college we modified the rules to refight the campaigns of Abimelech, son of Gideon, against other Canaanite warlords.”
“That sounds cool.” Geordie sounded genuinely impressed.

Jenny added, “I’m sure my husband still has the figures.”

I could see Geordie’s opinion of theology was rising. Mind you, Tess Wainwright, who considers herself to be his steady girlfriend, was looking rather worried, as if she’d discovered a whole new side of her boyfriend’s character and wasn’t entirely sure she approved. Still she is a gallant young woman and rallied swiftly.

“We need more affordable housing.” She turned and glared at Geordie. “Then young couples can afford to get married.”

Now it was Geordie’s turn to look nonplussed. Tess continued, “After all the village hall has three acres of land next to it.”
Poppy sprang to the land’s defence. “That’s the wilderness area!”

Archie Wilson saw an opportunity to discomfort his old antagonist. “Well actually it’s the old Plague Pits. When they demolished old brickworks in Much Lindeth they tipped the rubble there. It was supposed to be levelled to make a carpark but somehow it never got done.”
“A three acre carpark!” Poppy’s tone suggested that she wasn’t entirely sure he was telling the truth.
“Well the village hall was much more popular back then.” Even to himself Archie sounded defensive. So he continued, “And to be honest, I think somebody had ideas of building executive housing, but they were caught up in a nasty corruption scandal and retired to Spain in a hurry.”

Jenny, our vicar, looked up from her page of notes, “You’ll probably need a steering committee to oversee this project. You’ll need people with a wider range of skills and experience than you have on the village hall committee.”
I agreed with this completely. Given our village hall committee hadn’t even been able to run the village hall, I had never seen them as entirely the right body to organise the creation of a new one. It’s just that I’d never really had the courage to say it. Still Jenny had given me an opening, I nodded sagely as if this had only just occurred to me. “So apart from you as secretary, who else do you have in mind?”
“I’m sure with you as chair, we shall not lack for members of the highest calibre,” she purred, pulling the knife out of her back and sticking it into me with more enthusiasm than I felt the occasion called for. There was a ripple of applause from around the room as people showed their appreciation of her low blow. Penny continued, “I suggest that you and I meet and we’ll put a list of names together and then run them past the village hall committee.”
This was met with silence as people pondered whether they were likely to be on the list of names. I noticed one or two look distinctly worried when they remembered that Jenny had taken the names of all who attended. They had shown interest. Indeed it might almost be called enthusiasm. A couple of people were starting to shuffle uncomfortably, as if they’d just thought of an excellent excuse to not being drafted, but wanted to get their excuse in first lest somebody else had thought of it.

I decided to draw the meeting to a close. This would reduce the chances of anybody getting their excuse out in public. Not only that but two more bulbs had popped, the fumes from the adaptor that the fan heaters had been plugged into made my eyes sting, and I felt that we might be pushing our luck staying here any longer.
So I thanked everybody for their ideas and hastened them back out into the night before anybody caught pneumonia.

As they left I noticed Geordie walked between Jenny the vicar and Tess Wainwright. He had the harassed expression of a gentleman who really wants to talk to both ladies, but not necessarily in the presence of the other one.

You might not have realised but it’s now ‘Village Halls Week.’ As somebody who, one way or another, has spent a lot of time in village halls in various places, I’m a believer in their importance. So I thought I’d celebrate them a bit. So the story will continue.
Now if you’re lucky enough to live in Cumbria there is ACTion with Communities in Cumbria, our Rural Community Council, on hand to help.

If you’re in the rest of England you want ACRE, Action with Communities in Rural England.

Alternatively, when you just want a good book

Available in paperback and as an ebook

As a reviewer commented, “This book charts a year in the life of a Cumbrian sheep farmer. It’s sprinkled with anecdotes and memories of other years. Some parts (especially when featuring Sal, the Border Collie) were so funny as to cause me to have to read them out loud to my husband. It’s very interesting to read these things from the pen of the man who is actually out there doing it – usually in the rain! A very good read.”

6 thoughts on “The saga of Auldwick with Cowperthwaite village hall. Part four, The public meeting!”