Move along, nothing to see here 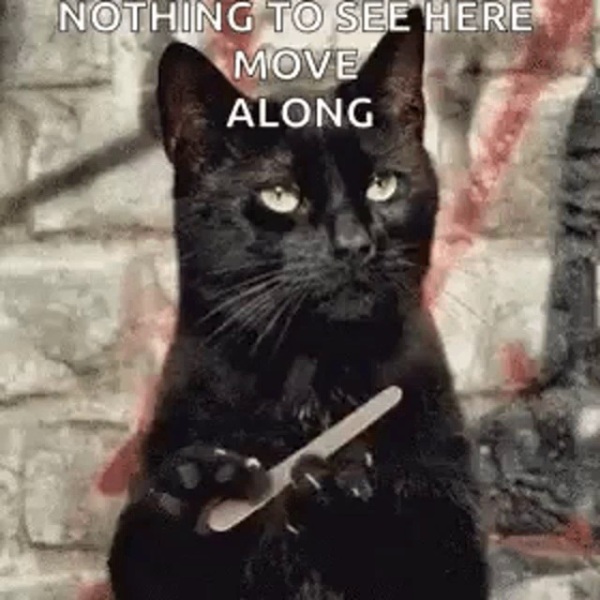 The feeling that the world is splitting into two different societies is becoming overwhelming. I recently saw a photograph on social media of a few people on a beach and somebody commented, “They should stay at home, nobody else is going out, even to work.” It’s comments like that which remind you how far some people have drifted from the reality of the situation.

Yet in the world I live in, everybody has been going to work for quite some time now, even if they did have a week or so off at the start. This isn’t just farming, but all sorts of industries locally. The ones that are still shut are largely those shut by regulation.

Now the other afternoon I was talking to the milk tanker driver. The first thing that struck me was ‘social distancing.’ The World Health Organisation (whom we are told are the people government should always listen to) insist that

Maintain at least 1 metre (3 feet) distance between yourself and others. Why? When someone coughs, sneezes, or speaks they spray small liquid droplets from their nose or mouth which may contain virus. If you are too close, you can breathe in the droplets, including the COVID-19 virus if the person has the disease.

Avoid going to crowded places. Why? Where people come together in crowds, you are more likely to come into close contact with someone that has COIVD-19 and it is more difficult to maintain physical distance of 1 metre (3 feet).

Yet just watching people chatting, it’s rare people go nearer than that anyway. (Perhaps we’re naturally programmed?) When I see farmers and contractors talking, they’d both be leaning on something and were always four or five feet apart long before social distancing became popular. Being within three feet of somebody makes people feel uncomfortable and crowded.

But anyway, talking to the tanker driver, his comment was that the ‘good times’ have passed. Obviously he worked normally though the whole lockdown. He remembers the happy day when he glanced round and realised he was the only vehicle on the M6. He even had a brief moment of panic, “Have they shut it and I’ve not noticed the no entry sign?” But now the roads are back to close to normal round here.
We saw the same in our lanes. In the first few weeks we were quite busy with walkers. I was working on a gateway and in the hour I spent on the job, about seven walkers passed, most said ‘hi’ and I chatted to some of them. I lost track of the number of cyclists.

Now when it comes to walkers and cyclists we’re back down to pre-outbreak levels, people going for a walk are obviously getting in their car and going further, or more probably, they’re at work.

I think that people are being sensible. I was talking to one lady. She had got herself properly worked up. Her parents are elderly and neither enjoys good health. Indeed for the last three years they didn’t expect her father to see Christmas. (You buy his present in December and it’s something he’ll have finished by the end of January.)
She’d been talking to her parents through the window and her father had just commented, “I’m not sure it’s worth the effort of going on. What’s the point?”

Distressed by this, she’d discussed it with her husband and her brother, and had got both parents into her car and had taken them out round the lakes. They didn’t get out of the car but they stopped for a ‘picnic’ which was a drink of tea from their flask, and went home feeling vastly better.

People can do their research, they can see what is happening elsewhere in the world. They’ve noticed that other European countries are going back to normal and there isn’t a ‘second spike’. Indeed somebody told me that South Korea had a ‘spike’ and we ought to lock down more tightly. The South Korean spike means that today they have “39 additional cases of the coronavirus, all but three of them reported in the densely populated Seoul metropolitan area.” Somebody else commented to me that ‘if that is a spike, bring it on.’

So the British Public are doing wild and dangerous things, if they visit friends and need the loo, they’re using it rather than popping behind a bush in the garden.

They are also noticing that, in reality, the lockdown is starting to do more damage that good. We’re starting to see major mental health issues, we have people who are literally terrified of leaving home. How on earth are they going to integrate back into society and live normal lives?

On a wider front millions of children are going unvaccinated. Vaccine programmes have collapsed because either governments have abandoned them, or where governments haven’t the collapse in air traffic means that there are no flights to fly the vaccines to the country.

Cancer specialists are pointing out that there is a huge backlog of cancer work that needs to be caught up on, people who normally would have contacted their doctor are still sitting at home unseen.

The lockdown is going to kill people, so we better make sure it kills fewer than it saves.

But we have problems. Too many people are scared. Yet some people aren’t, in parts of this country as many as 70% of children who could go back to school did go. They may have been encouraged by the Norwegian PM, Erna Solberg who is now saying she panicked when she shut schools and thinks that they should have been left open. The comment has been made in this country, that if the retail sector had insisted on the level of precautions the schools are insisting on for reopening, we would all have starved.

I’m beginning to think that the drift to opening up is inexorable. Government is slowly following the population at large. Dragging their heels firmly at the back is a lot of naysayers and critics who are in full lockdown mode. They’re still accusing the government of being wild and reckless. Personally I suspect some of them will never forgive the government if there isn’t a second spike. Still it’s been a brilliant few weeks for those who liked telling other people what to do and making sure they didn’t enjoy themselves.
When people start checking shopping bags to make sure you’ve only been making essential purchases you know that the control freaks have reached a whole new peak of ecstasy

There again, what do I know?

More tales from a lifetime’s experience of peasant agriculture in the North of England, with sheep, Border Collies, cattle, and many other interesting individuals. Any resemblance to persons living or dead is just one of those things.

As a reviewer commented, “I always enjoy Jim’s farming stories, as he has a way of telling a tale that is entertaining but informative at the same time. I’ve learned a lot about sheep while reading this book, and always wondered how on earth a sheepdog learns to do what it does – but I know now that a new dog will learn from an old one. There were a few chuckles too, particularly at how Jim dealt with unwanted salespeople. There were a couple of shocks regarding how the price of cattle has decreased over the years, and also sadly how the number of UK dairy farms has dropped from 196,000 in 1950 to about 10,000 now.
Jim has spent his whole life farming and has acquired a wealth of knowledge, some of which he shares in this delightful book.”

24 thoughts on “Move along, nothing to see here”