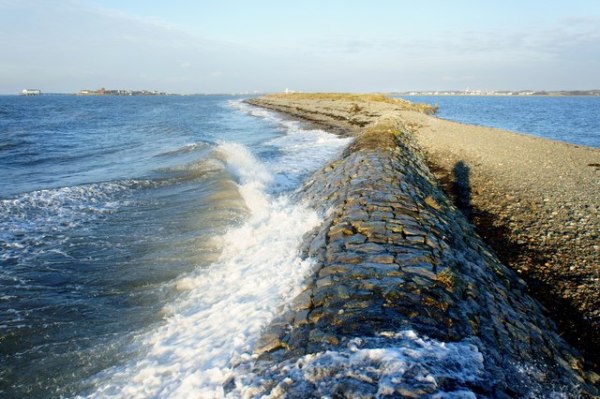 Here October has been fine, and there have been some nice days. Given that my Saturdays seem to revolve around sheep feet and worming, I’ve not felt at all guilty taking a couple of other days off.

On Sunday afternoon I walked out to Foulney Island. From our back door, it’s an hour to the far end of the island, at low tide. At high tide it’s further because you’ve got to walk to the end of the causeway rather than cutting across the sands. It’s an amazing place, sticking out into Morecambe Bay, with a sky that goes on for ever and an endless expanse of sea.

Not only that but even in October it was shirt sleeve weather, I didn’t need to put a jumper on until 4pm. Yet looking north up into the Lakes you could see clouds with amorphous rainbows showing that there were showers working their way south.

Today I escaped again. Walked into town, got the train up to Foxfield, walked via footpaths to Broughton to collect stuff from the vet and then back via Angerton Moss to Kirkby in Furness where I picked up the train again.

The East side of the peninsular and the Angerton bottoms is almost like a lost world. I walked for an hour along quiet lanes and saw nobody. You look over wet woodland, moss, or sheep pasture toward the Lakes and the Furness Fells. 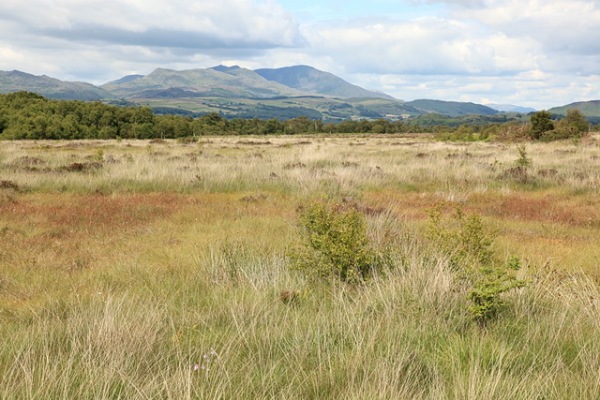 It’s funny. As I was setting off this morning I was pondering something my youngest daughter mentioned, that up until they’re aged about five, dogs and children are at a comparable stage of development. Obviously in the case of the Border Collie, at this point they can reach a level of world weary cynicism that it takes humans another forty years to master. But actually if you have a properly trained child and a properly trained dog, they’re pretty well made for each other.

And in the way that chance so often does, I was on my way back home when I saw a small child with a puppy on a lead and a mother following close behind who was struggling to stop herself laughing out-loud at their antics. It’s nice to see parenting done right.

And last night, wandering across Barrow I was near some sports fields where some lads were kicking a ball about in the gloom. A car screeched to a halt by me and a young mum, with two other children in the car, leap out and shouted, “Ryan, you get yourself here now. You are going to so catch it when you get home.”

At this point, realising that she’d almost blown my cap off with the force of her shouting she looked at me and said “Sorry.”

I just smiled, told her I’d had children of my own, and anyway, it was good to see the job being done properly.

And it was. She was out there looking for the little beggar and ready to haul him home rather than just sitting about whinging about the kids of today.

And with a big of luck, because somebody smiled and congratulated her on doing it right, she might not have given Ryan the ‘what for’ he probably deserved.

And as I walked back through town from the station this afternoon, there in Barrow’s premier shopping street was a shop hiring out Scary Clown costumes, complete with bloodstained cardboard chainsaw. Yours for £55 for the night.